Each to their own. I think I can write a bit and take the occasional good photo. 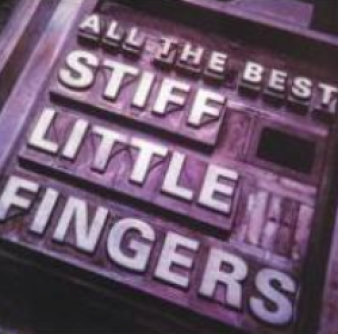 I’m happy with that. I’m not as happy about the fact that I don’t have any musical ability. I’ve tried to play the blues harmonica and the Irish bodhrán. Obviously not at the same time. Although that might have worked out better. The measure of success with each separately was not great. I would love to be able to sing, so that others could recognise the tune and not have to leave the room but alas… My acceptance of this lack of musical skill doesn’t make it alright, but I can cope.

To make up for the short fall I satisfy my love of music by listening to all types, genres and artists. From ABBA to Zee Avi (and yep, I did check out my music collection to see what the first and last bands were – I know, borderline OCD…) but one band has always been there at the forefront of my life’s soundtrack, ever since my mates and I were only bits of kids:

If you don’t know who they are then I should say that you are missing a whole cultural experience and your life is poorer. I should but I really can’t… If you’re not Northern Irish or into Punk then it’s unlikely you’ll even have heard of them. Unless you love the movie High Fidelty, remember the one with John Cusack, set in a music store, released about 2000? One of the scenes mentions SLF as an influence on Green Day (You’ve heard of them, haven’t you?). Anyway, my love for SLF has been a constant, something that refuses to just fade away.  They did split up for 5 years but reformed in the late 80s and continue to tour and release albums. Their first studio album for years, No Going Back, was released to the general public on 11 August. There has been a lengthy build up to its release (the money for the album was pledged by fans in less than 12 hours) and over the weeks, waiting for the general release, it reminded me of the days when buying any album was an event.

I vividly remember my mate Kieran buying the live album ‘Hanx‘. We were 14 and it was back when buying an album had an expectancy period. You heard snippets of it in the record store and maybe on the radio. To be honest, the radio didn’t play SLF much, except for dear old John Peel. But you learnt about an album before its release. You knew it was coming. Mostly by word of mouth. You waited for it. Even when you bought it there was still an expectancy period. You had to get it home and put it onto a record player (not at 78 Rpm, before anyone under 30 makes a smart comment). Only then could you listen to it at full pelt. Well, not really at full pelt. Not with parents in the house. They were a little less impressed by the “racket” of guitar and drum. All they’d tell us was that we’d have a wasted life listening to that ‘white noise’. Maybe that was half the reason we loved Jake and the lads so much. That and the lyrics that promised us so much as long as we accepted that the band members didn’t want to be our heroes. I remember that night, sitting in the front room of Kieran’s house listening to Hanx, like it was yesterday. We were too young to go to a SLF gig up in Belfast so that live album was the nearest we could hope to manage. It was stunning. The power of the previous two studio albums was nothing compared to the energy in Hanx. I was enthralled, inspired, provoked. No other music caused the same emotions in me as the raw power of SLF. I loved it. Still do.

And now SLF have released their latest. I missed out on making a money pledge for it due to being at work or some other nonsense ‘grown-up’

reason. I won’t miss the next one, but for ‘No Going Back’ I had to wait and see when it came up for general release. On the day it was available through iTunes I bought it, downloaded it straight to my phone and up-linked it to my car stereo so I could listen to it on the drive home. Instant gratification. A far, far cry from a plastic LP and a trip home on a bus to a waiting record player.  A different world. Yet from the opening bars of ‘Liar’s Club’ through to the final strains of ‘When We Were Young’ with its subtle reprise of ‘At the Edge’ I was transported back to a simpler time and held enthralled. I’m no music critic so I can’t explain the beauty of bass playing, the energy and power of lead guitars or the spontaneity of vocals that make you want to march in protest. I can’t discuss post-production techniques or mixing or album editing. All I can tell you is that the members of SLF and most of their fans (me included) are decades away from being feisty teens. We are meant to be growing old and respectable. SLF’s No Going Back destroys that notion. It is raw and punk and brilliant. Its title is also a lie. No going back? Absolutely going back, to a youthful rage that pumps through each lyric and makes me want to drive too fast with the windows down and the volume up. So, if any of the lads ever read this, I’d just like to say, Hanx!

And if any of you are SLF fans, then you should find at least 8 track titles hidden in the text.

Ian Andrew is the author of the alternative history novel A Time To Every Purpose, the detective thrillers Face Value and Flight Path and the Little Book of Silly Rhymes & Odd Verses. All are available in e-book and paperback. Follow him on social media: